Kaohsiung Mosque
By: Denni Kurniawan
The Kaohsiung Mosque was also established in 1949 by Muslims who followed the Nationalist government to Taiwan. It is the second mosque which established in Taiwan. In order to service increasing number of local Muslim, the Kaohsiung Mosque moved into a larger, more modem, and better equipped building in 1992.
With the aid of Allah, local Muslims can now devote themselves whole-heartedly to the expansion of Islam in Taiwan. Just beside of this mosque, there are several halal restaurant and own by Muslim brother and sisters. The location of this mosque is very easy to achieve by Kaohsiung bus and also Kaohsiung MRT.

Posted by Islamic and Culture Association at 4:10 PM

Email ThisBlogThis!Share to TwitterShare to FacebookShare to Pinterest
Labels: Masjid in Kaoshiung 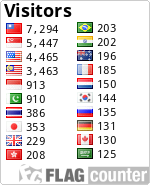